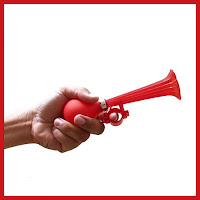 Simply put, the art in navigating life is to see it as a treasure hunt, rather than an obstacle course; and the ultimate goal of this treasure hunt can only be unconditional happiness and love, or ‘the peace that transcends all understanding’, as scripture has it.

But as it was realized earlier, in order to find this treasure, the sense of being somebody special, or even somebody at all, has to disappear. Fortunately we found that the very search for this separate entity exposes its illusory and entirely thought generated quality.

But instead of this triggering an awakening, revealing our infinite and timeless nature, we find ourselves paralyzed by an apparent cognitive dissonance, a concept we explored in an earlier post. (see below) There is compelling and irrefutable evidence that a separate, autonomous do-er and decider cannot be found in the field of our experience, and yet there is a lifetime of conviction that we are individuals with at least a degree of control over our lives, and this conviction is continuously reinforced by the world around us.

This cognitive dissonance acts like a wall, throwing us back, time and again, into the dream of the mind, time, suffering, and death.

But is it really so outlandish, so seemingly impossible, to imagine the experience of a life without a center, of being the whole as well as the part, of being and knowing oneself as unlocalized consciousness? Aren’t we surrounded by a near infinite amount of sentient life that acts and interacts without any individual do-ership? Who or what decides to open a flower or a leaf? If a flock of birds flies from one tree to the next, much like a gust of wind, who is doing it, who decides? Aren’t we entirely comfortable with answers like: ‘It’s happening by itself.’ ‘Nature is doing it.’ ‘God.’?

What makes us so different? Some additional synaptic connections and brain cells we gained as we developed our prefrontal cortex?  So, now we are in charge of reality?? That seems ridiculous. Could it not be that our mind is simply a processor, a dream machine of sorts, rendering the sum of all sensory input into a story, thus generating an enhanced experience for consciousness at large?

If these body-minds we came to regard as ourselves were indeed a means and vehicle of consciousness, created by consciousness to experience itself in the form of its manifest expressions - does this vehicle have a driver or is it conceivable to be driverless?

What about the driverless cars we recently came to accept as a functioning reality, with the majority of us barely aware of all of the intricacies involved? Driverless cars are complex machines with sensors and even more complex processors that have been extensively programmed to meet any conceivable environmental perception with the appropriate response.

Aren’t our body-minds quite comparable? Aren’t they complex bio-machines with sense organs and complex bio-processors that have been extensively programmed or conditioned, genetically and by every single experience, every second of their lives?

Isn’t it conceivable that every utterance, gesture, and reaction, inside and out, is indeed a direct result of this infinitely intricate conditioning, a direct result of the interplay of perceptual stimuli with the programmed processor? Can we perceive ourselves as driverless vehicles that are recording the sightseeing experience we call our life with the help of an artificially created subject?

Since the driver cannot be found as we comprehensively explored before, we might as well give this analogy some playtime.